Seeing the information sent by the partners, I was amazed at how the author of a software would be keen to fabricate false remarks, and it was a filth and fall of political purpose. In the spirit of seeking truth from facts, I have to go online for information. Confirm it, so I found the official website of Notepad. I saw this article published on October 29, 2019 on the official website. The title of the article is "Notepad   v7.8.1 : Free Uyghur". The content is full of speculation. And ridiculous logic mistakes, I really can't imagine this article is from the hands of a software engineer. Under normal circumstances, for people working in software, at least the thinking should be more rigorous and not easy to make serious logic errors. But the author of Notepad software has subverted all my past knowledge.

The ridiculous logic errors are listed below:

2. the Uighur population is currently around 10 million. According to Mr. Hou’s one million calculation, one in ten people are detained. This is obviously impossible. Then ask Mr. Hou to think about the brain full of chaotic logic. If you want to detain a population of one million, how big is the detention center? Where is this huge detention center? If Mr. Hou is not imaginary out of thin air and has a factual basis, then Mr. Hou pointed out that this large detention center, which can accommodate one million people, is in which position.

3. the text says that the Uighurs are not ethnically
Chinese, which is even more ridiculous. How many countries in the world are made up of a single nation? Even the population structure of Taiwan Province is composed of many ethnic groups. Is there any relationship between ethnically Chinese and ethnic groups? Does Mr. Hou want to use the same logic to break down Taiwan or according to your logic, every country in the world should split? And autonomy is to let people in the autonomous region enjoy more rights and manage themselves. Is this not the manifestation of full human rights? Autonomy is a policy based on the full trust and respect of the state and the region, but it is not used to engage in separatism, nor is it a reason for engaging in violent terror. To give a simple example, Mr. Hou gives power to let your children manage themselves. Then, according to Mr. Hou’s logic, can your child sever the father-son relationship with you and violence against you?

4. the article says that Beijing has characterized the Uighurs as terrorist organizations. This is even more logically confusing to the point where it can be laughed at. We can find that the Uighur population is about 10 million people. If Beijing defines the Uighurs as terrorist organizations, then this 10 million people should be detained. How is Mr. Hou saying hundreds of thousands? It is estimated that Mr. Hou did not know the population of the Uighurs beforehand. If you have known, then I guess Mr. Hou will definitely change one million to ten million. This kind of skill that is freely and casually said is only available to high-caliber students who are full of chaotic logic thinking such as Mr. Hou.

5. Human rights issues mentioned in the text. I would like to ask Mr. Hou, how is your human rights defined? Is it equated with whatever you want, arbitrarily violent, violent and horrible, not obeying the law, disturbing the people and chaos, and infringing upon the rights and interests of others. If so, why do you still have to comply with the laws of your area? You can do something illegal and then evade legal sanctions on the grounds of human rights. This kind of logic and cognition is extremely ignorant. I think that such human rights are not allowed in any country or region in the world, otherwise the world does not need law and justice. The Taiwan side has imposed administrative means to inculcate the thoughts of Taiwan independence to the people and students. This kind of anti-human rights behavior that changes political thoughts, why didn’t Mr. Hou deny it?

Every place in Hou Wen is full of speculations and serious logic errors. I suggest that Mr. Hou should do his own software work well. Don't show your ignorance and chaotic thoughts other than software, and be ridiculed by the world.

How to use the Catfish CMS system

Section 1: How to add articles

In the previous section, we talked about how...

Section 3: Add a menu to your site

In the previous section we talked about how ...

To the last section we have learned to use t...

By the end of the previous section, we have ... 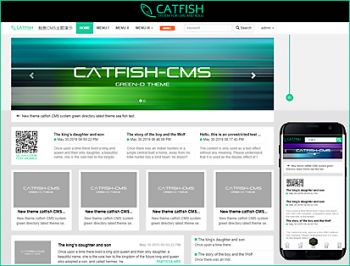 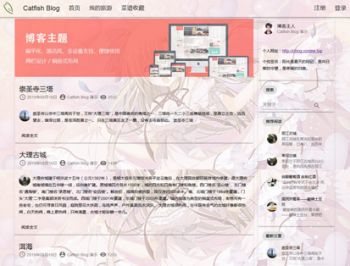 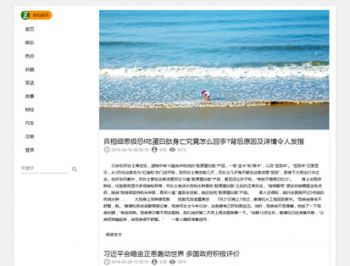 I want to leave a message
http://www.catfish-cms.com/